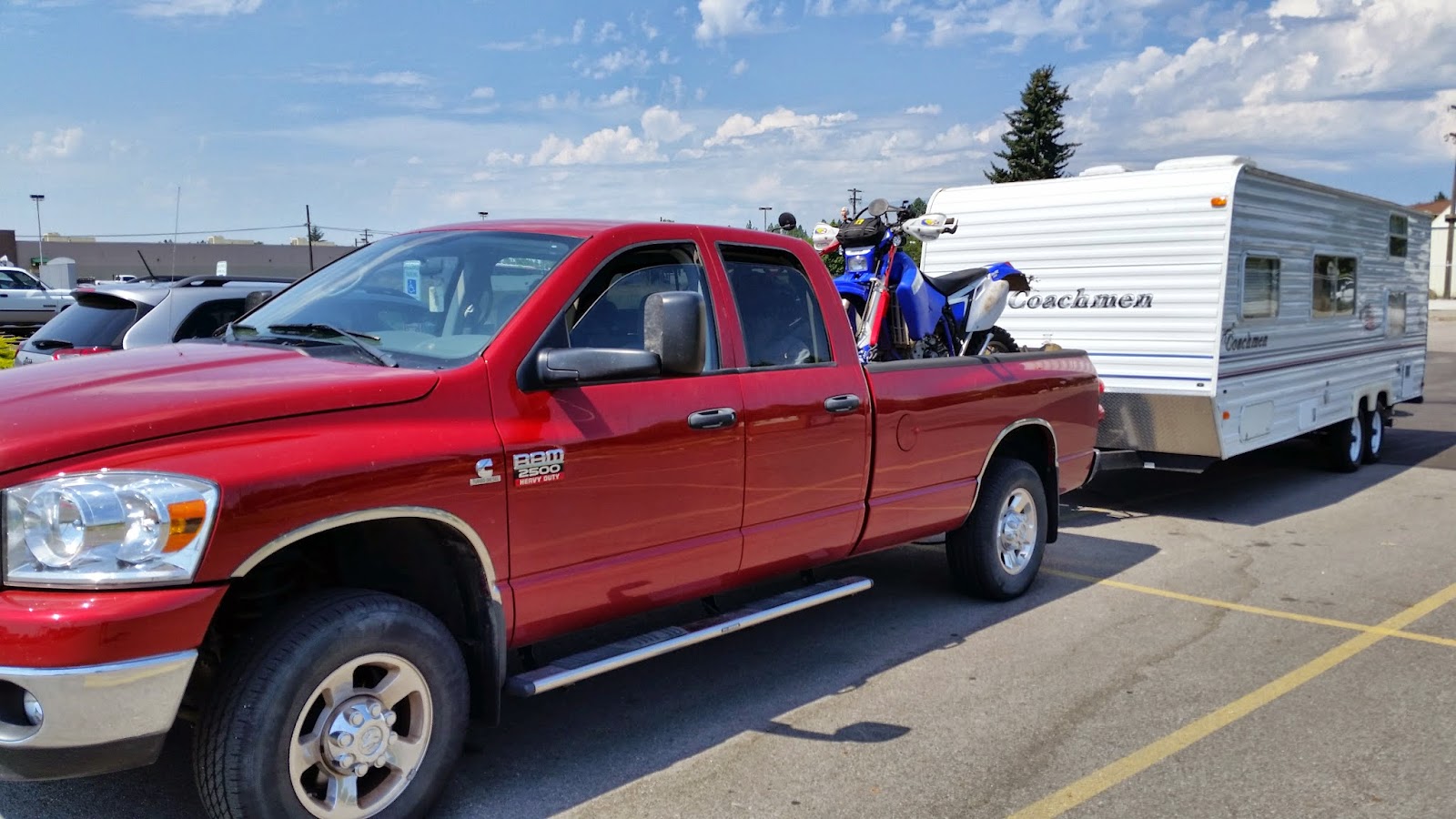 Our family has a tradition of going camping for a week every summer up Wildhorse Creek (near Challis) with the Sims family. We had planned on a week of camping, coming home for a week (giving me a chance for last minute repairs and tweaks on the bike) and then doing the Tour the week after that. After I set my dates for the Tour (August 9-15) and made my motel reservations and everything, some unexpected circumstances came about that pushed our camping trip back by a week. So that meant that we'd be camping and then I'd be riding the Tour back-to-back. This was actually a plan I had considered earlier in the year, since being in the Wildhorse Creek area puts us 2/3 of the way to the start, but it would require Kathy to drive the truck and camper trailer all the way home from southern Idaho, which she had said earlier in the year that she didn't want to do. And guess what? She agreed to do it because she's awesome! More on that later. We spent some time going over the basics of backing the trailer, looking for nice, big, truck-stop-style gas stations, how to hang your arm out the window like a true trucker, etc.

We had a great week of camping, but we've never been rained on so much in all the years that we've been camping in that area. "This sure is strange for the first week of August," I told myself.  "Well, at least it's raining this week and not next week." 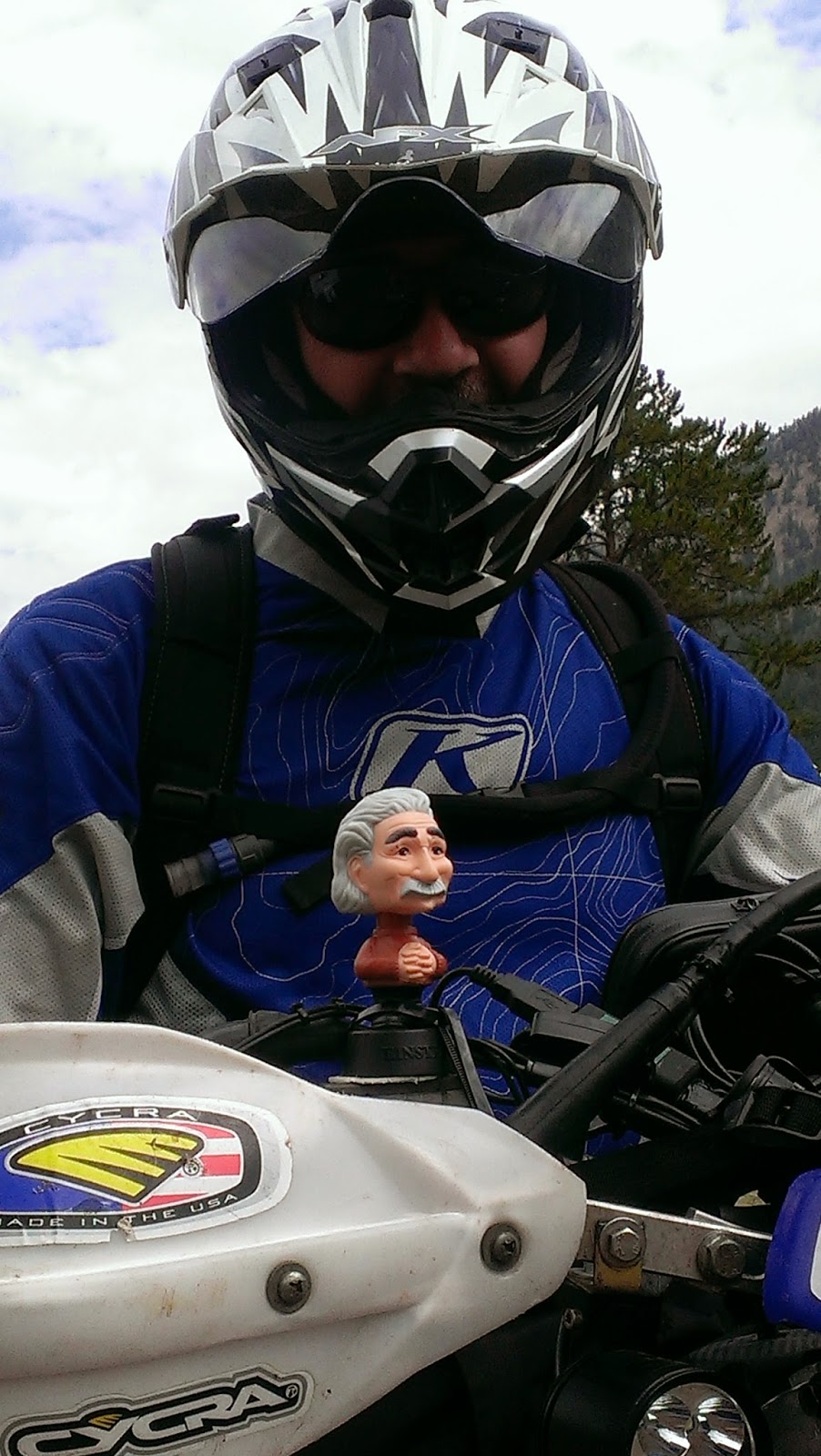 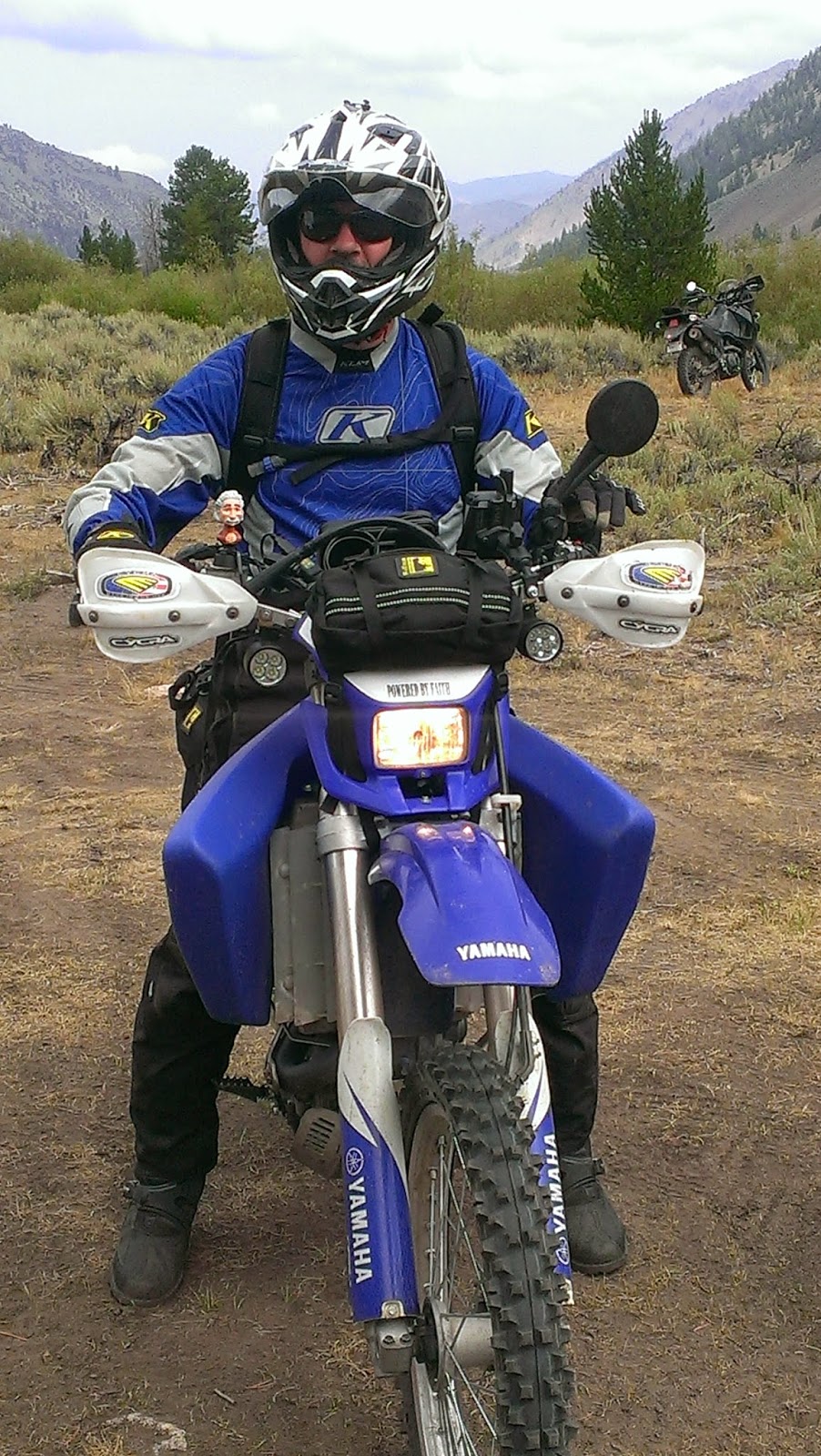 Email ThisBlogThis!Share to TwitterShare to FacebookShare to Pinterest
Labels: Tour of Idaho